Works are underway on two major projects which will deliver transformational change to two towns on the East Lindsey Coast.

The works will see the demolition of Sutton on Sea's Colonnade, along with other works to make the site ready for a replacement structure to be built, and the pedestrianisation of Skegness' Tower Esplanade.

We announced both projects in August 2020, after Government awarded the Mablethorpe Town Deal Area and the Skegness Town Deal Area £500,000 and £750,000 accelerated funding respectively, through the Towns Fund programme. 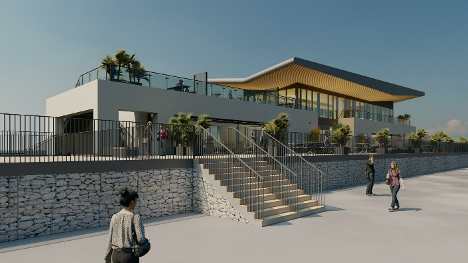 The funding will allow the 1950's Colonnade in Sutton on Sea, which has a number of structural issues, to be removed; further works will also be undertaken to ensure that the area is ready for redevelopment which will see a replacement structure built. The plans for replacement were unveiled by the District Council last year after extensive community consultation and include a café/ restaurant, day let beach huts, and gallery space.

In Skegness, works to part-pedestrianise Tower Esplanade are now underway. Pedestrianisation of the street is a project that was first identified within our Foreshore Masterplan; published in 2018. In that time, we have delivered a number of Masterplan projects, including £400,000 improvement works to Tower Esplanade which saw the installation of new street furniture and unique curved lighting structures. The pedestrianisation will be the final phase of these improvements and help accelerate the development of the wider Foreshore area. This project will also see traffic re-routing work done to direct vehicles along Princes & South Parade into the Festival Car Park.

These projects form part of the first phase of works undertaken using funding made available to Mablethorpe and Skegness through the Towns Fund. Further projects for both towns have also been identified in each areas Town Investment Plans (TIPs), which serve as each area's bid for up 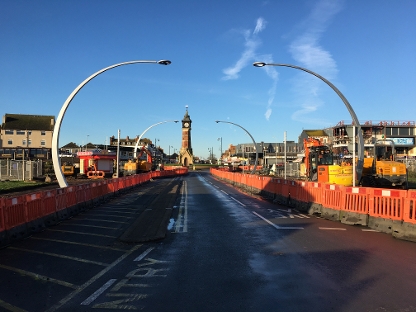 to £25m of funding. Projects identified in the TIPs include: a new modern Learning Campus in Skegness, a renovated leisure centre in Mablethorpe, and the replacement Colonnade Structure in Sutton on Sea. After being signed off by ourselves and the Connected Coast Board in October last year, the plans were submitted to Government for consideration.

Councillor Steve Kirk, Portfolio Holder for Coastal Economy, said: "It's great to see these projects get underway. We've been looking at both these projects for a little while now and it's fantastic to see real progress being made. In Sutton on Sea we will be preparing the area for the transformative redevelopment, which we will hopefully attract further funding through the Towns Fund bid, and in Skegness we are adding the finishing touches to the recent redevelopments we've undertaken on Tower Esplanade which once complete will provide a fantastic, modern welcome for our visitors."